Shirley Emu posing for a self-portrait with me.

After two and a half years of feebly fielding questions regarding the purpose of having the Emus, we feel that we’ve hit on something solid.

First, here are reasons we’ve given in the past, each of them lifted straight out of the Emu Handbook:

Their Feathers are Highly Prized by Knitters 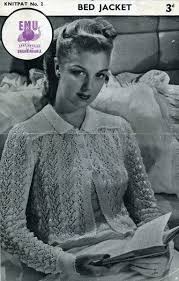 En masse, the Emu feathers present a dusty muppet appearance, but the single feather is a delicate herringbone of interwoven taupe and charcoal that makes it, allegedly, highly prized by
knitters.  As far as I can determine, this is a myth.  I have not investigated how the feathers are extracted nor at which frequency, but I did become curious as to who is really weaving wearables from Emu feathers.  A quick google search reveals that the native to Australia Emu’s feathers mainly end up in Native American dream-catchers.  The only woven products that I found were in ads from the 1950’s featuring lovely ladies wearing sweaters made with Emu brand ‘wool’.  Both of these search results point to the idea that Emus are a very misunderstood bird.

Next we dutifully list the culinary delight that an Emu steak is said to offer, even thought the idea of eating our friendly big -bulging-eyed pets is so foreign I can’t even imagine it.  Emus, touted 40 some years ago as the ‘new red meat,’ are basically all leg and feather and only provide about 30 pounds of meat per bird. (In contrast, we’ve had turkeys weigh close to 40 pounds.) The meat, however, is 97% fat free and high in protein, vitamin C and B12 and iron and low in cholesterol.    There really is no point in continuing to discuss this.  I don’t care how tasty and healthy it might possibly be:  I’m not eating Shirley and Squiggy.  This option is completely off the table.

This brings me to the cash cow of Emu farming:  Emu Oil.  An Emu carries approximately 24 pounds of fat that can be rendered into two pounds of an oil that sells for between $7 and $10 per ounce.  The oil works wonders on arthritis, aching joints and has been shown effective as an anti-aging moisturizer.  My sister became a fan of the oil when she first moved to Manhattan for graduate school and her joints were acclimating to the concrete jungle.  When she heard the news that we’d adopted a pair of Emu, her immediate plan was to tap the oil out of the living bird much like taking syrup from a maple tree.  When I shared with her that the Emus would need to be killed before extracting the oil, she was unfazed, which is a testament to how well the oil works – or to the poverty of graduate students.  Regardless,  I am not killing my friends to harvest their fat, melt it down, and rub it on my body, so this is another moot option I should refrain from mentioning to people.

Shirley and Squiggy Emu at home on the farm.

Don’t Mess With the Muppets

Here is what we’ve discovered Emus do really well:  They keep our chickens safe because predators, too, have no idea what the purpose is of these tall ungainly birds with giant talons.  Our Emus have been very clear one one point:  they despise small furry creatures.   The sight of a cat crossing their pasture drives them into twisting lurching corkscrews of hysterical murderous rage.  If a cat could provoke this reaction, I must assume that possum, raccoon, and skunk are equally unwelcome.  The Cooper hawks, who live in the woods near the pastures and are the number one threat to the hens, seem to find the six-foot birds …. confusing.

But before I anthropomorphise too much, let me just give you these plain facts : last year, before the barn burned down, the chickens, Emus and hogs lived in the same pastures and we rarely, if ever, lost a chicken.  This year the chickens live in a different pasture away from the Emus and Miss Hibbitz.  We bought 100 pullet brown-egg layers this spring and my last count was that we have 26 left, which means that 75 chickens were picked off this summer by predators before they even started laying eggs.

Why do we have Emus, you ask?  Because they are bad ass big birds who take care of business, that’s why.  You got a problem with that?